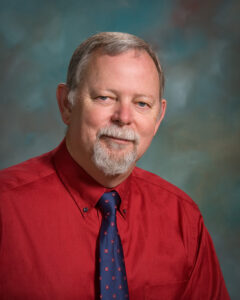 New Years morning I awoke to blue skies and bright sunshine. A bright day tends to give optimism, and even after the clouds moved in, I was having some optimistic feelings about the coming year.

Reality soon set in. A significant part of our community, more than half, refused to be vaccinated. Then came the Delta variant, much more severe than the original Covid version. More people were sick and hospitalized. Younger people were sick, and they were in the hospital longer than with the earlier Covid variants. More died. Unfortunately, the vast majority of our neighbors who became very sick or died had not been vaccinated.

Now, within the last month the new Omicron variant has appeared and has rapidly become the dominant strain in the United States. It appears to be much more contagious than the Delta Variant. The monoclonal antibodies we used with great success against the Delta are ineffective against Omicron. It has the ability to evade previous immunity to some extent. It takes much less exposure to become infected. Brain fog is much more common with this variant than with previous.

So why the cautious optimism? Early data suggests that the Omicron variant is less likely to make seriously ill or kill. There is still some protection against this virus from immunization, especially if a person has had the booster. It is still not a benign infection, but it appears to be much less malignant than the previous. There are still people who will die from this, again, primarily the unvaccinated, but potentially much fewer than with the previous variants.

New Years is a time of reassessment and potential redirection. New years resolutions for health often include losing weight, exercising more, stopping smoking, drinking less, getting our sleep. I would add doing the things to keep from getting sick, including protection from exposure when possible, and getting vaccinated.

Our society has become more fragmented over the past couple years. New years resolutions regarding our mental health would also be appropriate at this time. It would be a good time to try to bridge the divides in our community, both locally and nationally. This would include trying to understand the other point of view, a cessation of negative social media posts and not attending to those who make a living out of dividing us. After all, we are neighbors, friends and fellow Americans. If we all do these things, 2022 can be a year of reawakening and reconnection.